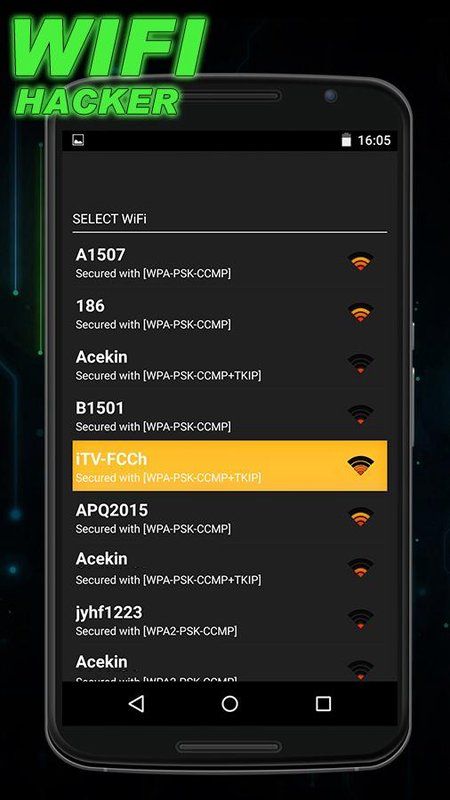 Unlike the recovery of saved WiFi password , it is much more difficult to find the password of a new WiFi.

Consequently, WiFi hacker apps for PC are urgently needed when there is an issue with your own network, such as connectivity problems or poor network transmitted by the service provider. In this tutorial, you will learn the best WiFi password hackers for PC.

Although the PC is showing other secured WiFi networks, they are often password protected. It is indeed annoying when there is an urgent task to be finished.

However, despite of the legitimacy, it is also not safe to hack random WiFi networks. If you decide to try the following WiFi hackers, please be cautious and take your own risk. In case accidents happen which cause file loss on your computer, remember to use a file recovery software to get the data back as soon as possible.

One can get an online tutorial from the company and learn the tricks more efficiently. Once the packet data are captured, it recovers the passwords of the WiFi networks and connects your PC to it. It works on Windows, Mac, and Linux platforms. With this WiFi hacker software, it is effortless to crack into WiFi networks.

WireShark — Best WiFi Hacker for PC for Advanced Users For any business organization or individual who is sniffing something going wrong with the WiFi network, then it is time to check it without delay before the hackers obtain much critical information. Here is a handy tool for expert users who know what is going on through the complicated data.

WireShark allows users to analyze the protocol and take corrective steps. This software is not only for hacking but also protecting your WiFi network. You can capture the activities going behind the scene and analyze them before taking safety measures. It checks the data at micro levels on Windows and Linux computers. The program also runs other network-based attacks on wireless or ethernet based networks. It is best for Linux computer. More features: If you are thinking to get the password of other networks and connect your PC to that WiFi network, then Cain and Abel is the best WiFi hacker for you.

It not only allows hacking the WiFi networks of others, but also allows recording VoIP conversations, getting cache data, decoding scrambled passwords. If you are an ethical hacker, then you can also get hold of the routing protocols.

It works with Windows PC. Reaver is a perfect option to verify the status of a WiFi network. Reaver is designed for Linux computers, and it really works great for hacking most current routers.

It was regarded as the best software that cracks the WLAN encryption and enables one to hack into other networks without letting the owners know. It is free to use and works on Windows and Linux computers. The software is straightforward and easy to use. However, we prefer not to recommend any of them because it is not as safe as the above local apps for both you and the owner of the target WiFi. It is up to you whether to take this resort and the risk or not. The apps can also work for testing the security status of your own WiFi network.

However, before using the software, the legality of using them should be judged so that no country-specific legal problems arise. Feel free to share with us your opinions and experience. December 29th,

How to hack Wifi Using PC

Your reason for cracking a Wi-Fi password are no doubt noble (we Download an app for your phone like WiFi-Map (available for iOS In the new data that comes up, look under Security Settings for the line “Key Content. 4 days ago This also gives rise to the need for some quality WiFi hacking apps for Android Reaver for Android, also called short RfA, is a WiFi password hacker app random words from websites, changing all pictures to troll face, etc. I am adding seven new tools in the existing list to give you a single list of AirSnort is another popular wireless LAN password cracking tool.

Unlike the recovery of saved WiFi password , it is much more difficult to find the password of a new WiFi. Consequently, WiFi hacker apps for PC are urgently needed when there is an issue with your own network, such as connectivity problems or poor network transmitted by the service provider. In this tutorial, you will learn the best WiFi password hackers for PC.

Some of us succeed in doing that, some of us fail. You will find dozens of apps, software, and tools on the Internet which claim to hack Wifi Networks in seconds. But let me tell you the truth, most of these apps and tools are merely pranks.

Blog and dumb websites by the hacker known as “Alex” a genius idea, and that’s “wowee I should hack my neighbour’s wifi because uhhhhhh”. . Use WPA2-PSK, and change the Wi-Fi password to something unguessable. Top 10 Free Wifi Password Hacking Apps for Android in WiFi WPS WPA Tester. Wifi WPS WPA Tester is one of the most popular Wifi password hackers for Android at all. If you want to be hacker in front of friends then install our WiFi Password Hacker app, generate password for your selected WiFi network, show it to friends and.