In most Tarot decks this card is called The Devil. Smoldering fire and bondage appear to be his trademark. This creature has the horns of a goat, wings of a bat, arms and hands of a man, and the legs and feet of an eagle. The 5-pointed star crowning his head is upside down and his eyes are flaming red. Just at a glance this Key reminds us of Key 6 The Lovers. 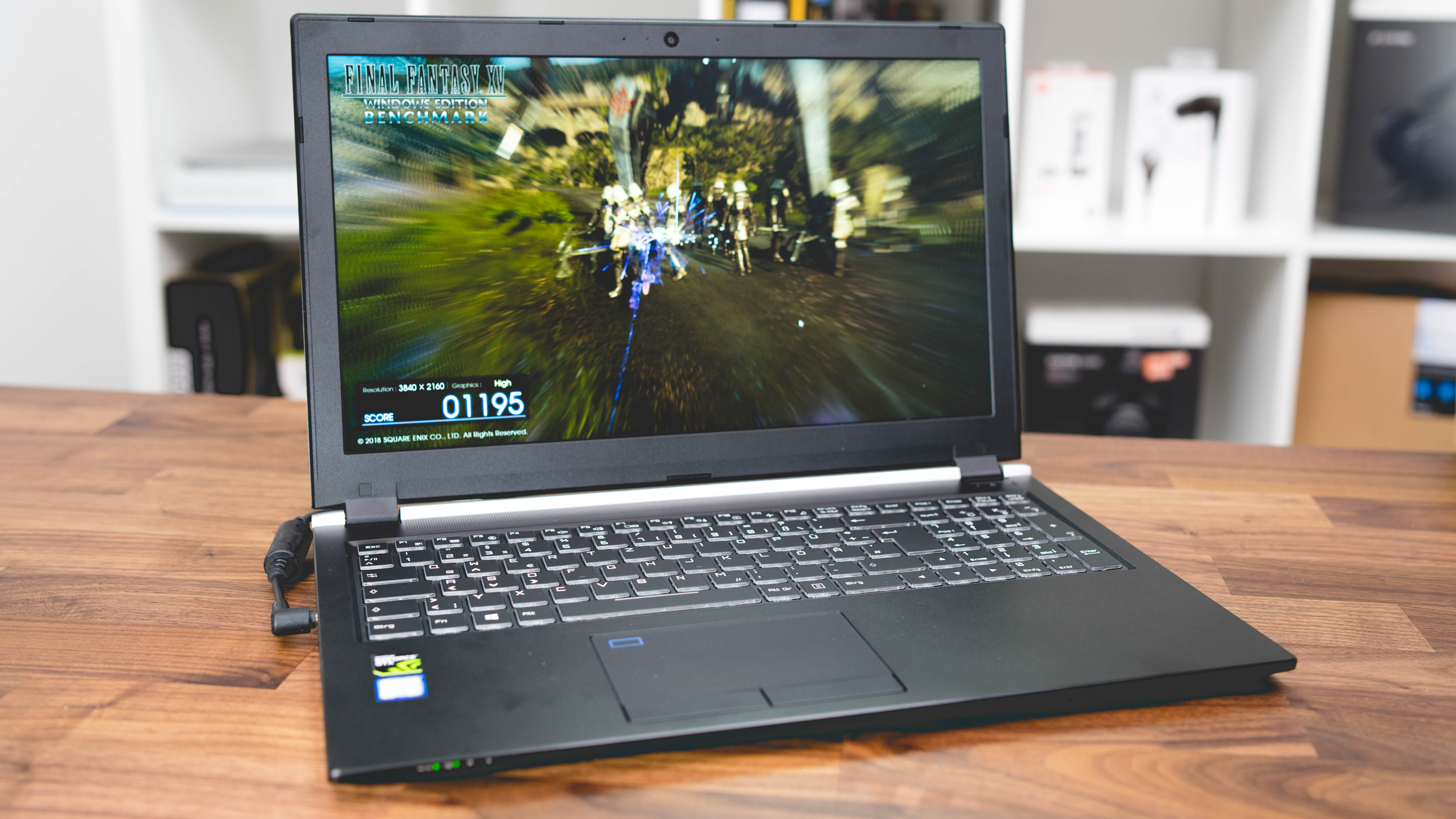 In most Tarot decks this card is called The Devil. Smoldering fire and bondage appear to be his trademark. This creature has the horns of a goat, wings of a bat, arms and hands of a man, and the legs and feet of an eagle.

The 5-pointed star crowning his head is upside down and his eyes are flaming red. Just at a glance this Key reminds us of Key 6 The Lovers. There we had Archangel Raphael in a very supportive role with a man and a woman. But what is really going on? He also wears the symbol of Mercury on his navel. What does this tell us? He is none other than the Life Force, the One Force as it operates apart from human knowledge and human direction.

What does this mean? Here we have the condition that manifests as bondage is actually an illusion, a wrong construction put upon the Principle of Limitation, making that Principle take on the appearance of the Devil. We must remember that religions and Hollywood have made great profits and gained large followings from this image of the Devil.

The All-Seeing Eye has been a symbol of Deity in all parts of the world for ages past. This tells us that this Key is connected to certain aspects of the One Power that theologians call God. This is similar to the lion, king of beasts, being taken as the representative of all subhuman modes of life expression.

The sense of sight , important as it is, is also a source of manifold illusions and deceptions. Vision is limited by the circle of the horizon and through the eye we see appearances only. Therefore, the eye represents the limitations of the visible, and the bondage of ignorance resulting from the acceptance of these limitations and appearances as being all that there is.

The eye deceives us only if we let it. To the philosophers of the East the phenomenal world is unreal, ever-shifting appearances. The outer world may be Maya, or illusion, in one sense of that term.

An oasis from on high appears to be an eye in the face of the desert. From a 16th century magical manuscript, Eliphas Levi quotes that among the powers and privileges of an adept, those connected with the letter Ayin are: Matthew 4: Note the Spirit did the leading for the specific purpose of testing Jesus by the temptation. So what does all this mean? Appearances that deceive us are necessary to the manifestation of the Life Power.

The whole book of Job concerns this, as do the four Gospels. And, it is at that point that the experience of consciousness of evil disappears. So how can there still be all the economic, political and social evils of the present day? How can this fine theory erase all that? It brings with it power to transmute all semblances of evil into manifestations of positive good. The magical manuscript previously quoted continues: Logic forces us to attribute the manifestation of the visible universe to a power which is essentially good.

A power that is wholly wise. Thus it follows that even if appearances are deceiving, appearance itself is necessary for the perfect manifestation of the Life Power. The zodiacal sign Capricorn is attributed to Key Capricorn is ruled by Saturn, the planet of limitation and restriction. In Capricorn Mars is exalted, or has its highest field of expression. Thus we see in Key 15 a symbolic presentation of a power which both binds and liberates. In its binding aspect it creates a form.

All forms have definite limitations. And, all release of energy, as we discussed in Key 13, requires the dissolution of form. In Capricorn, then, these opposite aspects of Reality are brought together. In essence, form necessitates limitation and in our experience limitation is bondage. Yet the very limitations that bug us may become the spurs to action that release us. This is clearly indicated by the first column of Keys in the Tarot Tableau.

The exercise of Concentration Key 1 The Magician puts into operation the law of suggestion Key 8 Strength , which results in a renewal of consciousness that releases us from bondage Key 15 The Deceiver. Mirth is the function of consciousness attributed by the Qabalists to the letter Ayin.

Laughter purifies subconsciousness and dissolves mental complexes and conflicts. Experimental verification of this truth brings an experience of the most intense bliss. By addition of the digits, 15 reduces to 6, the number of the Lovers Key. Also, 15 is the sum of the numbers from 0 to 5. Thus Key 5 The Teacher , which is regarded as a summation of a series beginning with 0, refers to Key A review of these Keys will help you to see the connections.

The background of Key 15 is black, color of darkness, ignorance, limitation and also what is hidden, or occult. Here it is suggested that ignorance is the underlying cause of bondage. His face is that of a goat, but he has the ears of a donkey, to suggest the obstinacy and stubbornness of materialism. His body is thickset and an earthen color, to represent the earthy quality of the sign Capricorn.

The symbol for Capricorn is in the lower right hand corner of the Key. This is a key to the whole meaning of the figure. The Deceiver suggests by this that all you see is all there is.

On the palm of his right hand is the symbol for the planet Saturn, signifying limitation, restriction and ignorance.

In his left hand is a torch , burning wastefully, giving little light. The torch is a phallic symbol, representing the transmission of life from generation to generation. It represents Mars exalted in Capricorn, and in a sense, this is the fiery torch of revolution, based on materialistic interpretations of experience, the torch of terrorism and anarchy.

Over his navel is the symbol for Mercury. This refers to the activity at work in the subtle processes of digestion and assimilation. These processes, under the influence of Mercury Key 1 The Magician in the sign Virgo Virgo rules the upper intestines , are brought under control in the work of practical occultism.

That work is a combination of mental processes, indicated by the yellow upper half of the Mercury symbol and of bodily responses or reactions, represented by the red cross forming the lower half of the same symbol.

We discussed this on Key 9 The Hermit. This indicates the materialization and misuse of the reproductive power, and its debasement in the service of sensuality. He sits on a half-cube pedestal. Since a cube represents that which was, and is and shall be, a half-cube symbolizes half-knowledge of that reality and thus only the visible, sensory side of existence.

To this half-cube are chained two figures representing the conscious mind and the sub-conscious mind. Their horns, hoofs and tails show that their reasoning comes from surface appearances, and thus their human consciousness becomes bestialized. The female figure has a tail with a bunch of grapes, as though her fall from grace was caused by tasting forbidden fruit.

Since a person is known by his fruits, hers are of an animal nature. They are chained to the cube, but may free themselves at any time. Their bondage is imaginary.

That ignorance is the real Deceiver, and because it may be overcome, those who set their feet upon the ancient Way of Liberation learn how to banish the Deceiver and his works.

There are seven stages of spiritual unfoldment. This Key represents the first stage — that of conscious bondage. In truth, the forces which appear to be our adversaries are always ready to serve us. The Deceiver is sensation divorced by ignorance from understanding. We need to understand our essential freedom and take account of the hidden side of existence.

The advantages of the KEY Series

This means that we are able to offer professional users a device with a performance level positioned just a stone’s throw from the highest performance category. At the same time, it also boasts the best portability by far: Thanks to the ideal balance between performance and power usage, the KEY series laptops are not only easier to cool. They are also impressive due to their quieter operation and slimmer housing. The advantages of the KEY Series Ready for professional VR development Accelerate all of your work processes in professional environments, such as when creating content for augmented or virtual reality AR and VR or editing any multimedia projects, as well as in CAD-based applications.

The main part of the job is educating people living with or around wildlife on how to act if they ever encounter it and how they have to treat their environment. In many institutions you may also have the opportunity to participate in rehabilitation and reintroduction projects in the wild. As a Research Vet your role might involve anaesthesiology of wildlife, reproduction physiology of endangered species and aiding their breeding processes, setting markets to assess the wellbeing of populations in the wild and much more.

My Daily Godpreneur emails go out daily to thousands of readers. I know this because I see the reports, but if it weren’t for the report, I wouldn’t believe it. Why?. Though the SME segment may not generate as much revenue as the other two key segments (consumer and enterprise) do, they are nonetheless a critical. Febr. Hardwareluxx hat das SCHENKER KEY 15 mit NVIDIA GeForce GTX Max- Q ausführlich auf den Prüfstand gestellt.